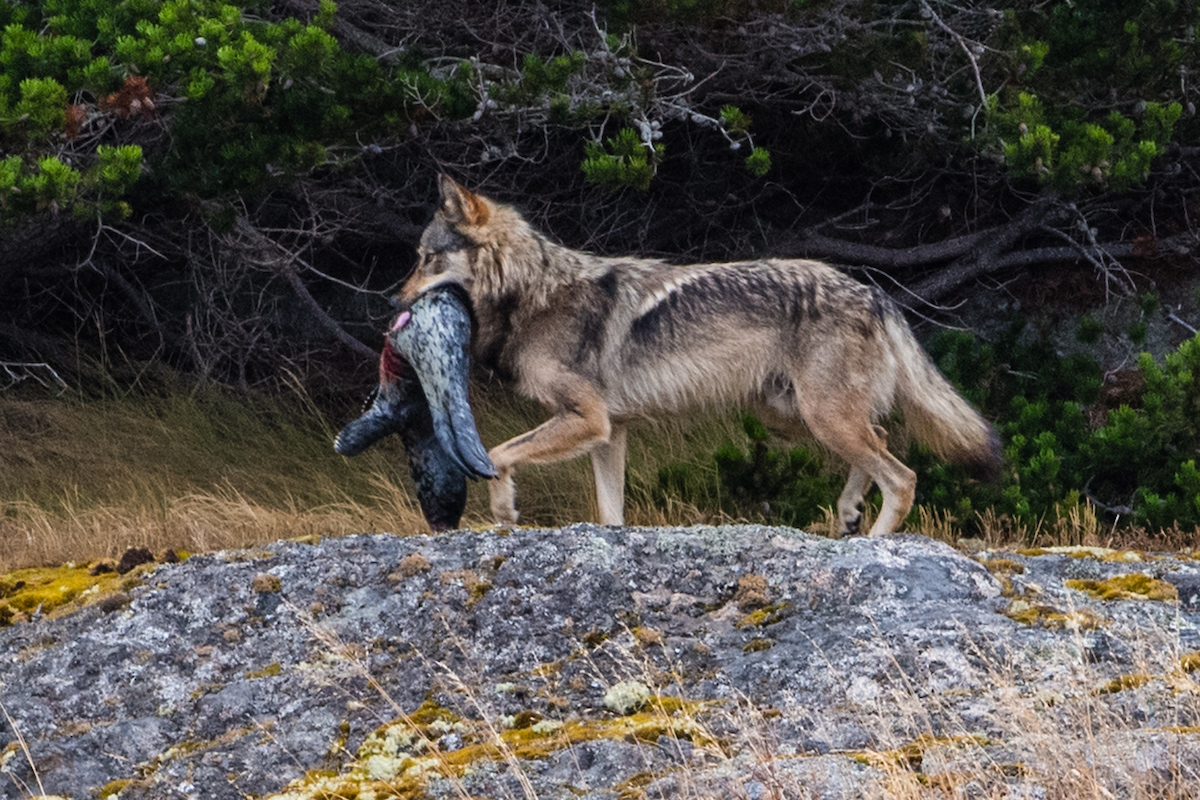 In 2012, an approximately two-year old wolf suddenly appeared on Discovery Island, not far from the densely populated municipality of Oak Bay on southern Vancouver Island, BC.

He’d probably dispersed from his birth pack on Vancouver Island and was looking for a mate and territory to call his own. But somewhere along the way, he made a wrong turn and found himself in an urban area. So, perhaps confused or spooked, he swam through challenging waters to a small cluster of islands.

Wolves are highly social animals, so no one thought he’d stay. But, despite all odds, he has. For seven years he’s survived – and thrived – in a location that has no other wolves, no year-round source of water and no deer or other ungulates to hunt.

Cheryl Alexander has followed the journey of the wolf she calls Takaya with her camera and heart for nearly seven years. The renowned wildlife photographer has watched him swim from island to island, seen him feeding on seals and listened to him howl towards the lights of Oak Bay.

On Friday, October 4, the story of this remarkable wolf and woman will air on CBC TV’s The Nature of Things. Takaya: Lone Wolf is an international co-production, which will run on BBC, CBC and ARTE.

Cheryl was a wonderful resource while I was researching Return of the Wolf and I can’t wait to see the documentary featuring her photographs and in-depth knowledge about this unusual wolf.

Click here to view a trailer of the documentary.