There are, of course, many differences between wolves and dogs. Some are cognitive, such as a wolf’s willingness to be trained, while others include physical traits such as the predator’s extraordinarily long legs and huge paws.

A lot of physical characteristics have been specifically cultivated in dogs to enhance their appeal to humans. For instance, many people are attracted to dogs with floppy ears and short muzzles so breeders have selectively encouraged these traits. Wolves have these endearing features as pups but, as they mature, their ears become erect and their snouts lengthen.

A recent study found another small but significant difference between wolves and some dogs – their eyebrow muscles.

Whether they own a dog or not, many people are familiar with that sad sack stare some dogs seem to be able to summon at will. This is the look guaranteed to tug firmly on the human heartstrings. And to often foster forgiveness for any transgressions that may have occurred. 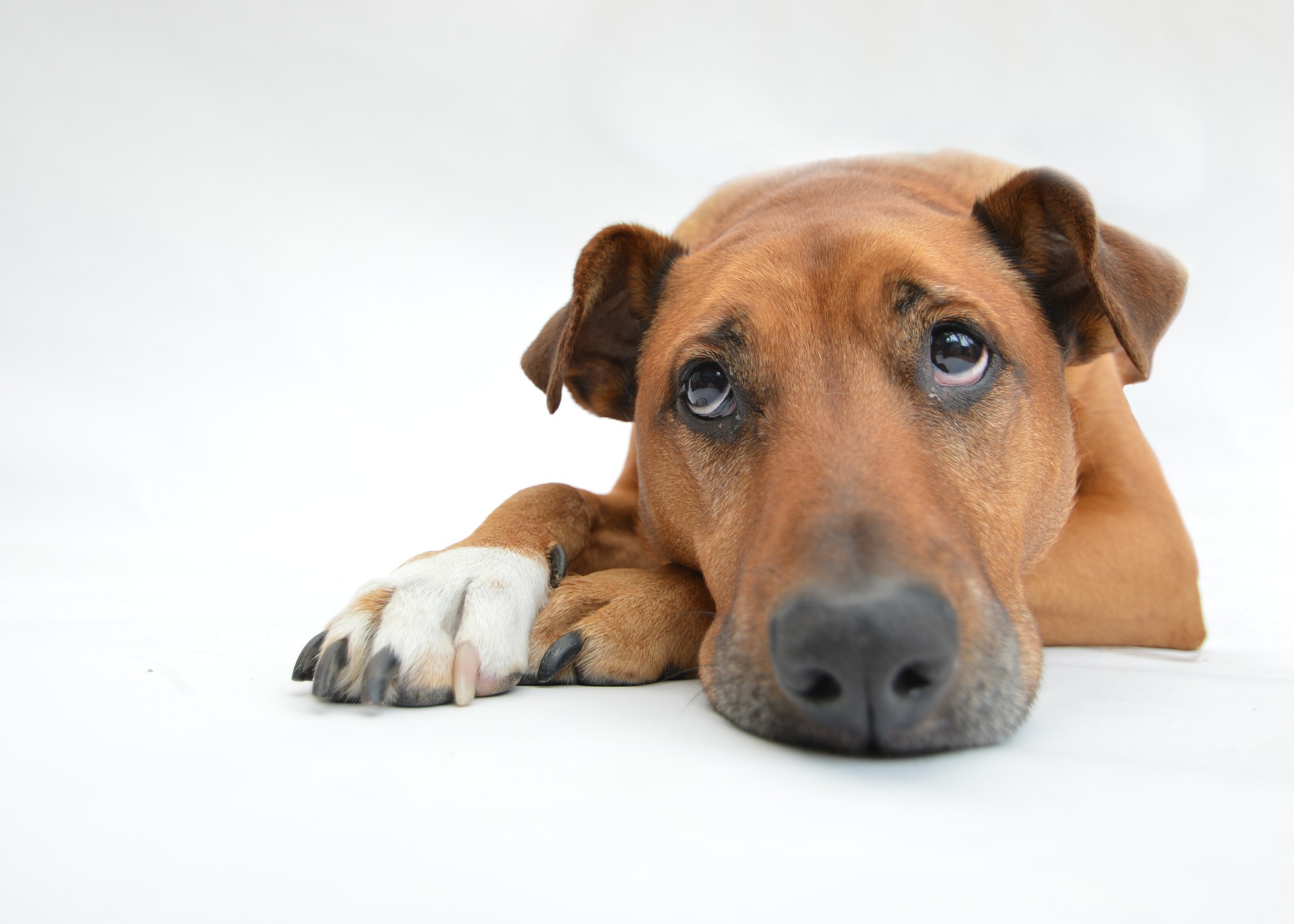 This imploring gaze is generated by a dog’s ability to move a prominent muscle that runs along the outer edge of the eye up and inwards.

Dr. Juliane Kaminski, a psychologist at the University of Portsmouth in England, discovered this while trying to understand why some dogs are adopted from animal shelters sooner than others. Apparently, it’s all in the eyes. Those who used their levator anguli oculi medialis muscle were first out the door to a new home.

Researchers then studied the facial musculature of cadavers of several breeds of dogs, as well as those of wild grey wolves. They found a pronounced eyebrow muscle in all of the dogs but not the wolves.

Unlike short snouts and floppy ears, the eyebrow muscle was not intentionally introduced by humans but evolved naturally over 20,000 years or more of the human and dog relationship.

Kaminski, who has conducted several studies on the ways humans and dogs communicate, notes that eyebrows play an important role in human body language. And though it’s not known if dogs move their eyebrow muscle on purpose, the result definitely appears to attract humans.