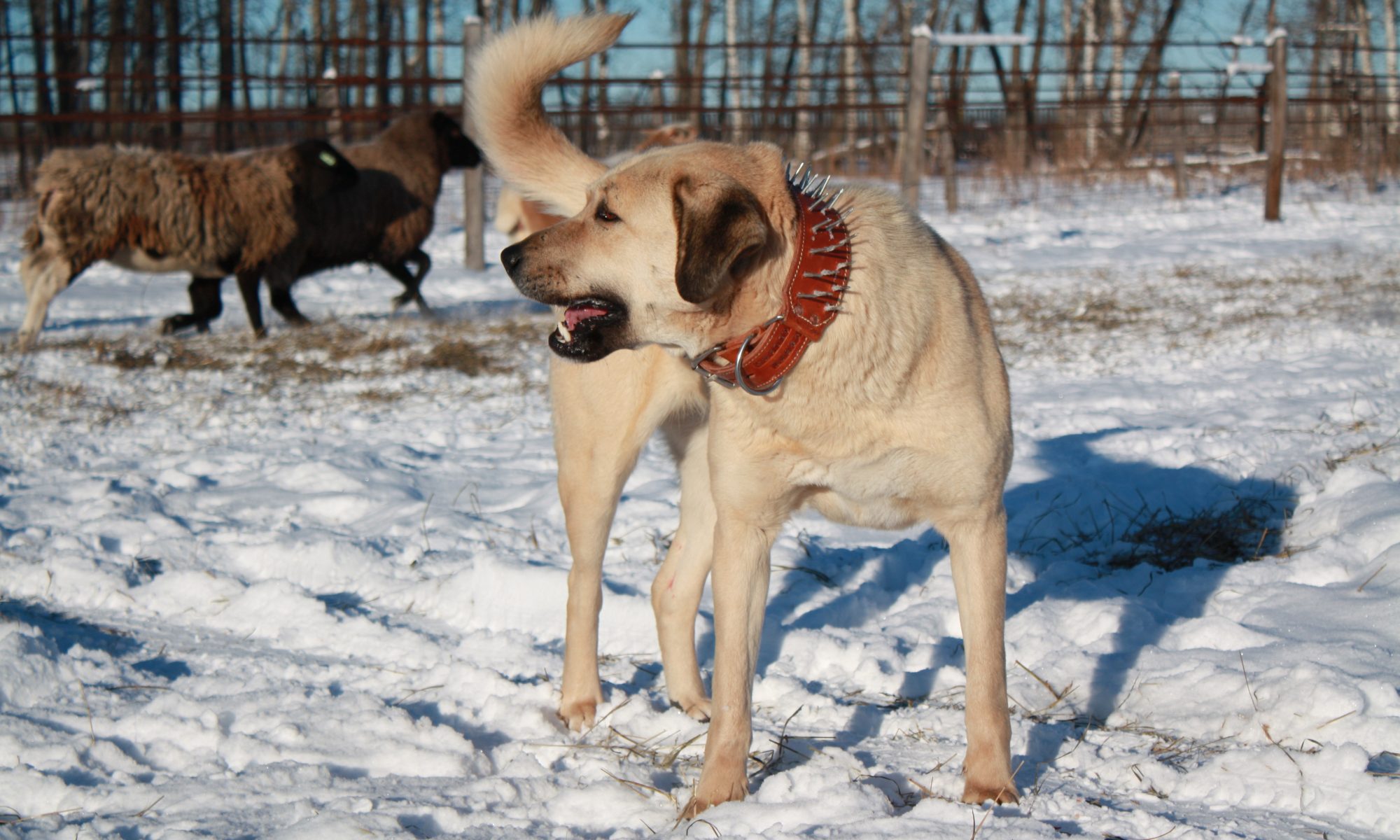 One morning earlier this month a Wisconsin farmer discovered three dozen of his sheep had been attacked by wolves. Some were lying in the pasture; others had been carried over the fence. Some were dead; some had to be euthanized.

Scenes like this aren’t unusual when it comes to wolves and livestock. Depending on the size of an operation, losing thirty animals, half a dozen or even one can severely affect the profit margin. Finding injured or dead animals takes an emotional toll, too. There’s also the reduced sale value of other animals due to stress-related weight loss, the time spent treating injured animals, livestock that don’t conceive or abort due to stress and so on.

Hunting is learned behaviour for wolves. Killing livestock is much easier than taking down wild prey and once done, is likely to continue. Sometimes guilty pack members can be destroyed soon enough to prevent other pack members from learning bad habits but often the entire pack needs to be destroyed.

The problem is killing wolves doesn’t always work. Killing one or both of the breeding pair of a pack can splinter the social order, which may result in more animals breeding and lead to more wolves, not less. Eliminating the entire pack simply opens up the territory for a new one to move in.

And killing wolves is complicated or impossible if a farm is located in areas where wolves are considered endangered and are thus protected by legislation. But some farmers are successfully raising livestock in wolf country; they rarely have problems but neighbouring ranches do. 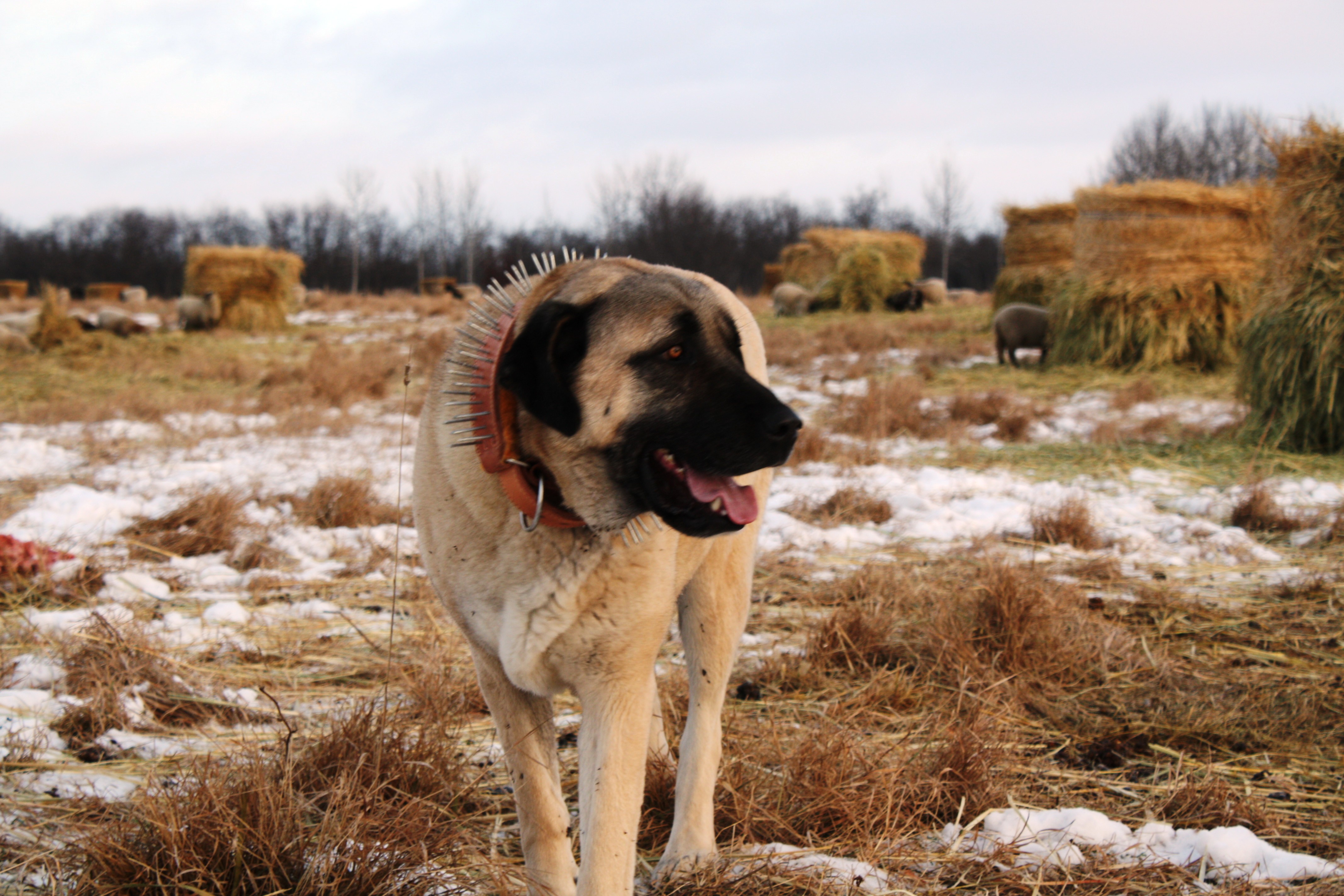 A key element of their success appears to be livestock guardian dogs (LGDs). But there needs to be enough of them and a variety of breeds.

Liesl Lockhart, co-owner of Candll Lamb & Cattle Co., raises sheep and cattle in northern Saskatchewan near Prince Albert National Park where wolves are protected. The Lockharts usually have around eleven LGDs, a mix of five breeds including Great Pyrenees, Kangals and Anatolian shepherds.

“If a predator’s close, one dog will sound the alarm in the pasture,” Lockhart explains. “The Pyrenees will gather the flock together in a tight group. They’ll stay with the sheep and bark. Then there’s a staggered line of dogs moving away from the sheep to create a buffer zone. The Kangals are the ones that go out the furthest and chase the predators.”

The Lockharts have lost LGDs to predators, especially in the beginning when they didn’t have as many dogs or breeds as they needed. As well as purchasing additional LGDs, they began using spike collars. These, they found, protect the dogs from that often fatal bite to the throat.

LGDs aren’t enough on their own; other strategies are also required. These can include electric fencing, fladry (red flagging) and noise makers like radios. Some ranches employ old-fashioned range riders who keep the herd close together and whose very presence can deter a predator. Sometimes a government agency will monitor a collared wolf in a nearby pack and let a farmer know when they need to step up their protection.

The ranch has lost one ewe and one calf to wolves over the last ten years, mostly due to a human management error. Liebenberg usually understands why an incident has occurred and alters their management plan to prevent it from happening again.

“You can’t just use one management system all the time due to habituation; you need to combine various methods,” she says. In 2017, a wolf gave birth to seven pups in the middle of the farm. “It was very stressful and we had to be super vigilant until the fall when the pack moved on. Now I have to change my strategy to make sure that doesn’t happen again.”

“In Switzerland they have an emergency program to help farmers experiencing problems. A team of people show up with electric fencing and LGDs and support the farmer until the wolves move on. They also teach the farmer different ways to protect their livestock.”

As wolf populations rebound, many farmers are dealing with the predator after an absence of 50 or 100 years. It’s a new era in livestock production that often involves a steep learning curve, as well as time and money to work out the kinks. Ranches that abut forested land will have more problems and small operations will take a harder hit. As long as there are wolves, predation will be a problem.

There’s no one solution that fits all; each ranch needs a personalized predation program and must be prepared to modify it over time. Fortunately, most, if not all can obtain financial and/or physical support from organizations such as Defenders of Wildlife and the USDA Wildlife Services. 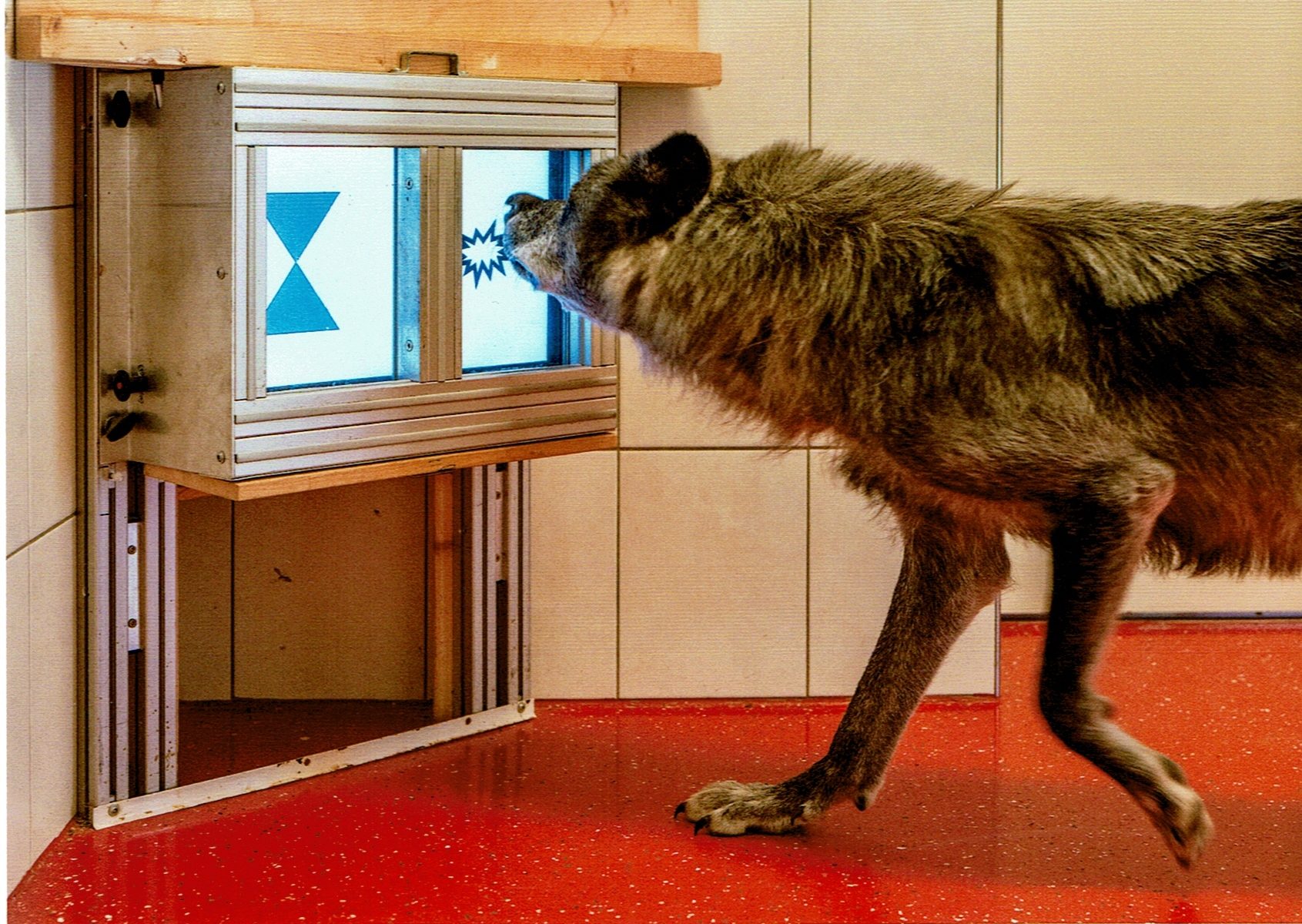 When it comes to generosity, wolves win tales down. A scientific study led by Rachel Dale, animal behaviour specialist at the Wolf Science Center in Vienna, Austria, determined that wolves are more apt to provide treats for other wolves than dogs are to other dogs.

The Center hand-raises wolves and dogs and then conducts tests involving cooperation and cognition in an effort to understand the differences and commonalities of the two species.

A recent study testing cooperation placed a wolf or a dog in a room with a touch screen containing a couple of images. Another wolf or dog was placed in an adjacent room that was visible to the animal being tested.

When the test animal pressed the “giving” symbol, their partner in the other room received a treat. Wolves nudged the symbol with their nose far more often than the dogs.

As a control, sometimes the partner was placed in a room where it wouldn’t receive a reward even if the giving symbol was pushed. Wolves pressed the symbol less under those circumstances.

But they pressed the symbol even more if they knew the wolf in the adjacent room and saw it get a treat. Dogs were less generous on all counts.

The results of the study indicate that domestication may have allowed dogs to lose their cooperative nature as they depend on humans for food, not other dogs.

Although the wolves used in the study are fed by humans, their genetic makeup is much closer to that of wild wolves and they appear to have retained their close bonds with and reliance on pack mates for survival.