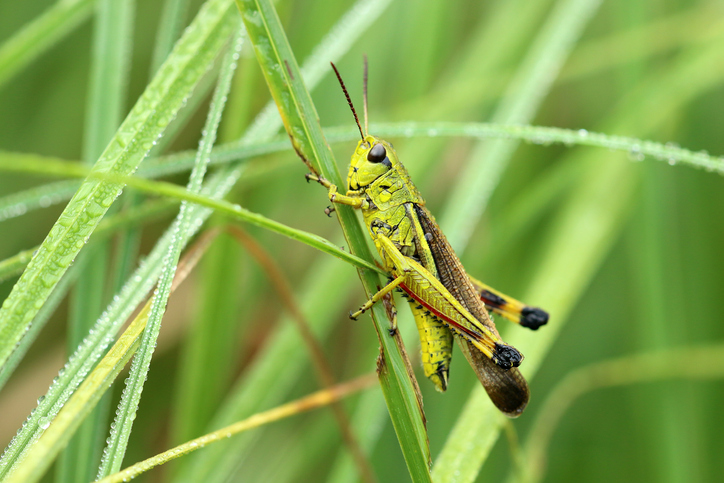 According to a scat analysis, one wolf ate at least 181 grasshoppers and probably at one go.

That sounds like a lot of hoppers but, given that each one weighs approximately half a gram, that means the wolf ingested less than a cup of insects. Definitely a lightweight snack for a large carnivore.

It all started a couple of years ago when Brandon Barton and some buddies were hiking through Hells Canyon Wilderness, which spans the Idaho/Oregon border. They were studying elk ecology but then Barton spotted something odd – wolf scat that appeared to be filled with grasshoppers.

The trail was covered with live hoppers and the group knew wolves ate a variety of prey. But poop plugged with insect body parts seemed beyond the norm.

Despite the putrid smell, Barton, a community ecologist at Mississipi State University, triple bagged the scat for further examination in a lab. In the meantime, the group set up a couple of motion-sensor cameras.

Sure enough, the black and white film caught a lone wolf visiting the trail every night to chow down on hoppers. Because the insects are sluggish when temperatures are cool, it was as easy as a human reaching into a bag of popcorn.

The big take away from the hopper-filled turd on the trail ? It’s another example of how all creatures, plants and waterways are not isolated elements in an ecosystem; at some level they all interact to create a whole.