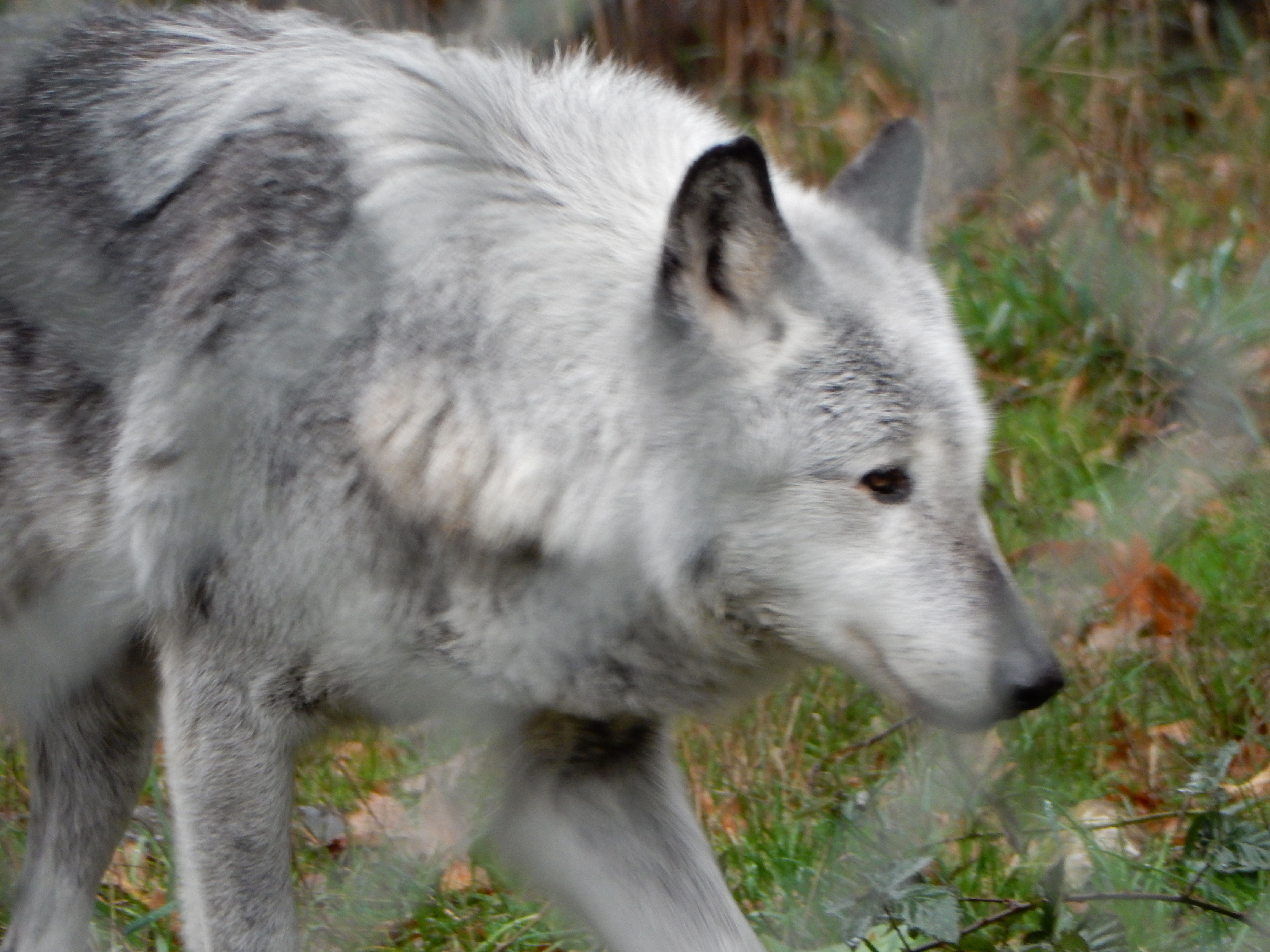 Wolves vocalize in a variety of ways including snarls, growls, whimpers, whines and occasionally barks. But it’s the howl that fascinates humans the most. To us it often sounds sad and lonely but, to a wolf, a howl can mean anything from “Where are you?” to “Keep out of my territory!”

When I visited Wolf Haven International, about an hour’s drive south of Seattle, I was treated to a 55-canid howl fest that I’ll never forget. At the time I didn’t know that each wolf has a howl as distinct as a human fingerprint or that wolves in different regions howl in their own dialects.

Wolf Haven is a globally accredited sanctuary that provides a forever home for captive-born and displaced wolves. The facility also participates in captive breeding programs for endangered Mexican grey wolves and red wolves, as well as caring for some high-content wolf-dogs and coyotes.

The reservation-only tour featured eight animals, a mix of grey and Mexican grey wolves, wolf-dogs and coyotes that were more at ease with limited human contact. The rest of the animals are secluded for their own comfort.

But Wolf Haven videos provide behind-the-scenes glimpses of wolf life most people will never see. This clip shows four Mexican grey wolf pups being startled by a group howl similar to what I heard. They weren’t sure what to think, even when their dad showed them how it’s done.

Wolf pups have an innate urge to howl but, just like human babies learning to speak, it takes a while to get it right. In this clip, a litter of red wolves listen to a Wolf Haven howl session then decide to give it a try.

But, in addition to wolf-to-wolf communication, howls have the potential to be so much more. A study in Yellowstone National Park is investigating if recordings of territorial howls can keep wolves away from livestock, while another study in northern India is attempting to estimate the population of the region’s elusive, endangered wolves by counting individual howls.

Wolves and dogs have complex relationships. At times, they ignore each other, play together or even mate. But, more often than not, wolves attack dogs, injuring and even killing them.

The tracks in the sand and marks on the medium-size dog indicate it was probably attacked by two wolves not far from home. While researching Return of the Wolf, I talked at length with Bob Hansen, currently with WildSafe BC and Todd Windle, human-wildlife coexistence specialist at PRNPR. They told me that conflicts with wolves were negligible prior to the late 1990s. But now wolves in the region attack about a dozen pets – dogs and cats – per year.

In the last three years numerous dogs have been attacked and two killed. In 2016, a man walking two approximately 36 kilogram (80 pound) dogs near the Kwisitis Visitor Centre was forced to seek sanctuary on the closed centre’s deck and call 911 due to one or more wolves stalking his leashed dogs.

Two particularly bold wolves were killed in 2017. Although there were still wolves in the area – they were often seen on trail cameras – attacks on pets ceased.

Many people believe that wolves attack dogs to protect their territory. This is true, but wolves also see dogs and other domestic animals as prey and kill them for food. Hunting wild prey requires a great expenditure of energy and, in the case of hooved and horned or antlered animals, is fraught with danger. Even so, a single wolf can take down an elk or moose. In comparison, domestic animals are the equivalent of a person picking up a take-out dinner.

So, why would anyone let their dog lose in wolf country? In PRNPR and adjacent areas, one reason is sand. Vast expanses of it are dog heaven when it comes to running and who doesn’t want to see their dog get a ton of exercise and have fun?

I know, because I’ve let my dog run free on those beaches in the past. Granted, I had pepper spray and an air horn. But the reality is, most of the time, Bailey would have been too far away for me to intervene if a wolf went after him. Wolves can reach speeds of up to 60 kilometres (37 miles) an hour when taking down prey. And no domestic dog, be it 100-pound Rottweiler or tenacious pit bull, has a chance against a wild animal that kills its food to survive.

Another reason dogs roam free is convenience. When we stayed in a beachside cabin near Tofino and Bailey needed out in the middle of the night, I simply opened the door and whistled him in a little while later. I would never do that now. My heart goes out to the family who lost their dog last weekend. I know how devastated I would have been if something had happened to Bailey.

The safest place for a dog outdoors in wolf country is on the end of a leash close to the person holding it. Although not always the case, there’s a good chance that thin piece of leather or fabric and proximity to a human will cause a wolf to reassess the situation. And if it doesn’t, a person armed with bear spray or another deterrent has a chance to prevent an attack.

If you love your dog, leash it in wolf country. That skinny strip of leather may save the life of a wolf, as well as your canine companion.