There are two writers in our house and we’re both at different stages of our books. Rick’s in the finishing phase: adding tidbits to create a stronger story, fact checking and polishing the manuscript before sending it to a publisher.

I’m in the early middle, messy stage. Over the last year I’ve accumulated a huge pile of research and now need to decide what else I need, how I’m going to get it and then how to organize the whole damn book.

Rick’s on a writing high and I feel like I’m drowning in a sea of facts, figures and fables. To top it off, we’re currently sharing writing space. Inevitably, one of us is in talk mode when the other is into serious writing. SHUSS! and occasionally stronger words often bounce off the walls.

When I moan about organizing my data (the part I hate about writing a book) Rick tells me to just do it. “Just start writing,” he says, “that’s the only way you’ll figure it out.” I know he’s right because I’ve told him the same thing many times before.

But we aren’t just writers. We’re walkers and runners, daughters and sons, friends and fond of good meals. Exercise, socializing, even cooking, all takes time. Something that always seems to be in short supply when you’re a writer. 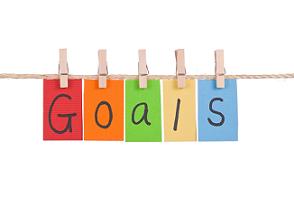 Rick and I both have important (to us anyway) writing goals for 2016. His is a contract with a publisher and launch date for his book. Mine is to be in the spot Rick’s in now – the final stages of a manuscript. We know the key to achieving our goals is our time and how we manage it.

We’ve both vowed to devote mornings (when we’re the sharpest) to writing. That means no lolling around in bed, few or no emails, no phone calls or appointments (unless book related) and no coffees out with friends until after noon. We’ll be strict about this because we know, even if it’s difficult at times, the rewards will be worth it.

Rick’s strategy is to cut down on social engagements and arrange them at times that don’t interfere with writing. He’s also decided not to accept non-book related work (not an option for everyone, I know) for several months. 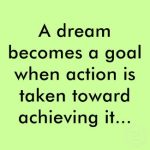 I’m a list maker so will refine my “to contact” list and put it into a timeline. Ditto for roughing out chapters, which will, of course, generate another list for “need to find out.” Every month or so, I’ll review what I’ve done. To be perfectly honest, I rarely meet my self-imposed dead­lines. But they keep me on track and motiv­ate me to try harder.

But simply hav­ing a goal isn’t always enough. To be really effect­ive experts say you should write your goal down, make a com­mit­ment by telling it to someone and being account­able to that person. For most of our time together, Rick and I have discussed our goals – and whether we accomplished last year’s – at the beginning of each year.

It’s the time of year when most people make res­ol­u­tions. Many will be broken within a week, others will be half met and some will succeed. Have you given any thought to where you want to be in your writ­ing jour­ney by the end of the year?