The story of Canada’s socialist-utopian community. 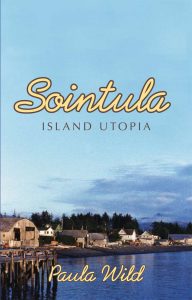 Sointula was founded in 1901 by Finnish settlers. Driven from their native land by the tyranny of the Russian Czar, the Finns found oppression and poverty in Dunsmuir’s Vancouver Island coal mines. Determined to create a better life, they formed the Kalevan Kansa Colonization Company and moved to Malcolm Island, a small island off the northeast side of Vancouver Island, B.C. They called their utopia Sointula, the Finnish word for harmony.

Lead by charismatic but impractical Matti Kurikka, the Finns worked cooperatively to make their dream a reality. But poverty, a disastrous fire and arguments about free love resulted in the colony’s collapse. Disillusioned, many Finns left the island. But those that remained became known all along the coast for their tenacity and skills in the fishing and logging industries, as well as their involvement in labour unions.

In the 1960s a new wave of utopians made their way to the island. Although the hippies were shunned by many residents, some of the older Finns saw similarities to the hopes and dreams that their ancestors had struggled to achieve.

Sointula Island Utopia may be purchased through independent book stores and through Amazon and Chapters. Paula is also happy to autograph and mail books. Email Paula for details.

Paula lived in Sointula for 13 years.

A Vancouver Sun BC Bestseller

BC Historical Federation Certificate of Merit

“The book is well structured and the author has chosen her material with considerable skill…a significant addition to works on British Columbia.” BC Historical Federation.

“Paula Wild tells this story of idealism, personal and ideological conflict and the evolution of an isolated community in great detail. A wealth of documentary material, oral evidence and fascinating photographs are pieced together to give a definitive historical account of the development of a community. The result is an invaluable history of a place and its people.” Stephen Escritt, Books from Finland.