Wolves have cast-iron digestive systems capable of handling fragments of bone and shell, animal fur and even the intact nails from a seal.

When it comes to food, wolves are opportunistic. They’ll eat berries and have been known to nibble on human food and garbage. String and remnants of clothes have also been found in the scat of camp robbers.

Wolf scat looks similar to a piece of cord and usually tapers to a point on the end. An adult wolf’s scat is usually between 25 to 38 millimetres (one to 1.5 inches) in diameter. If it’s runny, the wolf may have recently eaten some bloody meat.

Una Ledrew and Dave Ratcliffe were startled when they observed chunks of rope in wolf scat near their home. “They were chewing on and swallowing ropes of all kinds, plastic rope, big thick rope we use to tie up the skiff,” Ledrew said.

My guess is the wolves were after the salt left behind by human hands but some of the rope had been out in the open for ages. Wolf experts I spoke to were baffled as to why wolves would consume rope.

Wolf scat is more than just part of a wolf’s elimination process; it’s also an important part of lupine communication. Scat is one way wolves’ mark their territory and is often found in conspicuous locations such as trail intersections.

These visual and olfactory markers serve as a signal to warn other wolf packs out of their territory or to let family members know they’ve passed that way. Wolf scat is also part of nature’s recycling program, enriching the soil wherever it’s deposited.

But the biggest surprise about wolf scat is butterflies. They aren’t in it, they’re on it. Apparently, butterflies love wolf scat due to the high concentration of nutrients.  In fact, numerous researchers told me, “If you’re looking for wolves, look for butterflies.”

A few weeks ago, a friend urged me to check Return of the Wolf on amazon.ca “Right now!”

“Oops,” I thought. “Some info in the product details must be wrong. And then a sick foreboding – maybe someone had posted a dreadful review?

I quickly googled the page and was baffled to see orange text proclaiming #1 in Bestseller in Wildlife under the title. It took few minutes for the significance to sink in.

I let out a little shriek and immediately emailed the link to friends and family.  At the time I wasn’t sure if ratings were based on hits or actual purchases. I now know it’s the latter. And that ratings are reconfigured hourly.

A little later in the day I googled amazon.ca and saw that Wolf had slipped to #2. Okay, so I’d had my fifteen minutes of fame. And to keep things in perspective, a moose calendar was #4.

Wolves and moose have a long relationship as predator and prey. Researchers 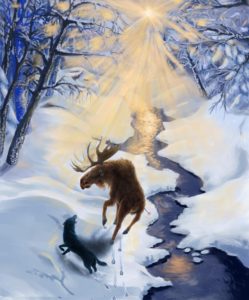 have witnessed single wolves take down an adult moose so it can be done.

It’s dangerous too as the moose may kick or stomp a wolf with its sharp hooves, batter it with its heavy antlers or use them to flip the canid end over end.

So, when it comes to a physical confrontation, a healthy adult moose is more than a capable match for a lone wolf or even a pack.

But how do wolves and moose fare when it comes to human emotions? I’d never thought about it until I saw the animals so closely linked on the amazon.ca bestseller list.

For a couple of weeks I randomly checked Return of the Wolf’s status on amazon. The book slipped down to #8 and then ping-ponged to #157 and back up to #22 with numerous stops in between. And through it all, the moose calendar held steady at #4. 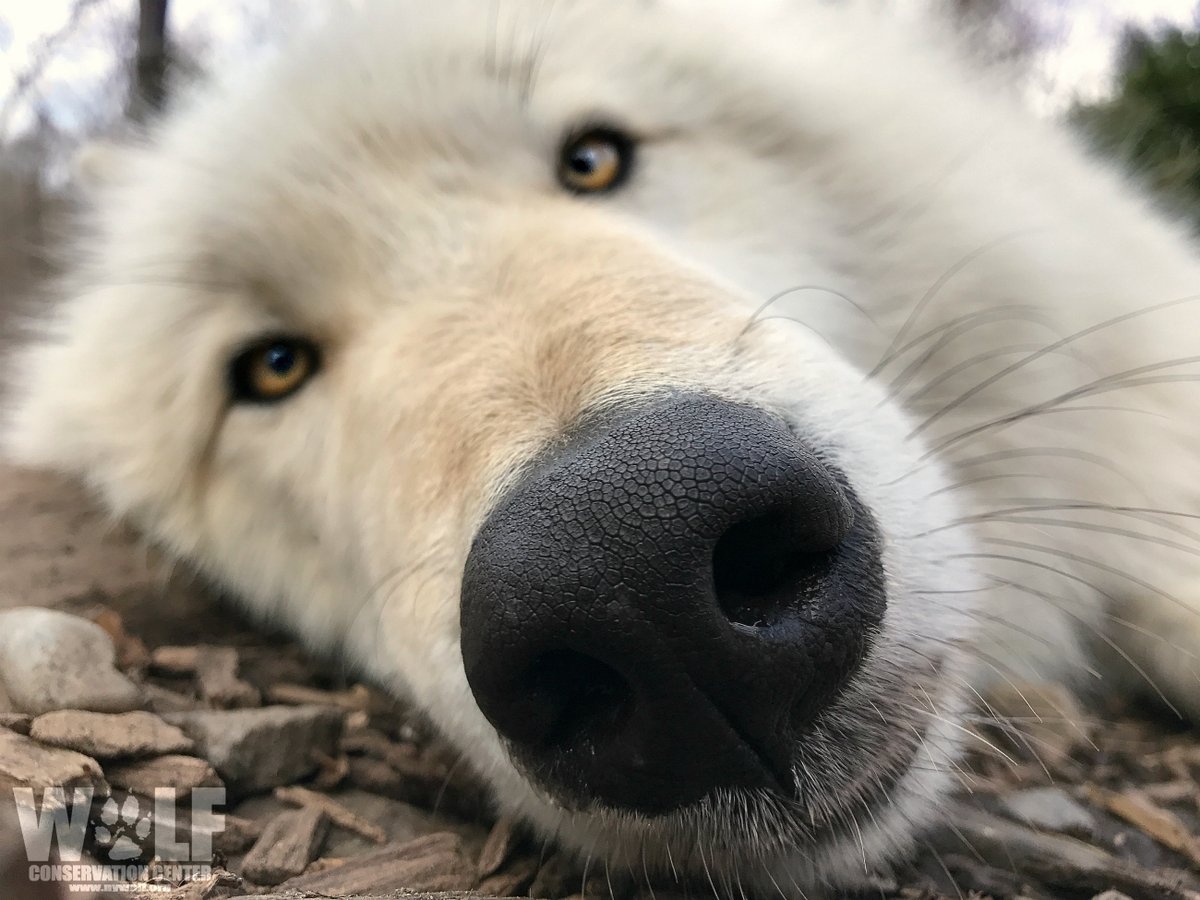 Imagine simply inhaling and being able to tell who has passed by and how long ago, what sex they are and what their general health is, where they’ve been, what they’ve eaten and what mood they’re in.

To a large degree, a wolf navigates the world through its sense of smell. The tip of its nose is a complex landscape of minute ridges and creases, which, when combined with the outer edges of nostrils, creates a pattern as distinct as a human fingerprint.

Each nostril can be moved independently, allowing wolves to determine which direction a particular scent is coming from. Inside the broad snout are approximately 280 million scent receptors, a princely amount when compared to a German shepherd’s 225 million, a dachshund’s 125 million and humans’ scant five to six million.

A wolf’s nose alerts them to danger, the presence of pack members or enemies, female wolves in heat and prey. Each wolf has distinctive scent glands on different parts of their body so smells unique, at least to other canids.

Scientists know that wolves can smell prey 2.5 kilometres (1.5 miles) away. Gordon Haber, who spent most of his life researching wolves in Alaska, was convinced that wolves could smell a dead moose or caribou buried under three metres (ten feet) of snow, even if the wind was blowing the wrong direction.

In Wolves on the Hunt, a radio-collared female wolf with pups makes a beeline for a caribou herd more than 100 kilometres (62 miles) distant.

What surprised the researchers was the timing of the wolf’s journey and the relatively straight line she made for the caribou. The week before her trek, the average daily distance between her den and the caribou was 242 kilometres (150 miles). The day she left, it had narrowed by more than half.

If the wolf had veered to the northwest, she might have missed the herd entirely or not found them until later. There’s no way to know if she smelled the ungulates from her den, picked up their scent partway through her journey or simply headed in the direction she’d found caribou before.

But caribou are highly mobile so the wolf couldn’t have depended on memory alone. The researchers speculate that if a human can smell smoke from a forest fire more than 100 kilometres (62 miles) away, why couldn’t a wolf smell a caribou herd from the same distance?

WCC is an environmental education organization that teaches people about wolves, their relationship to the environment and humans’ role in protecting their future.