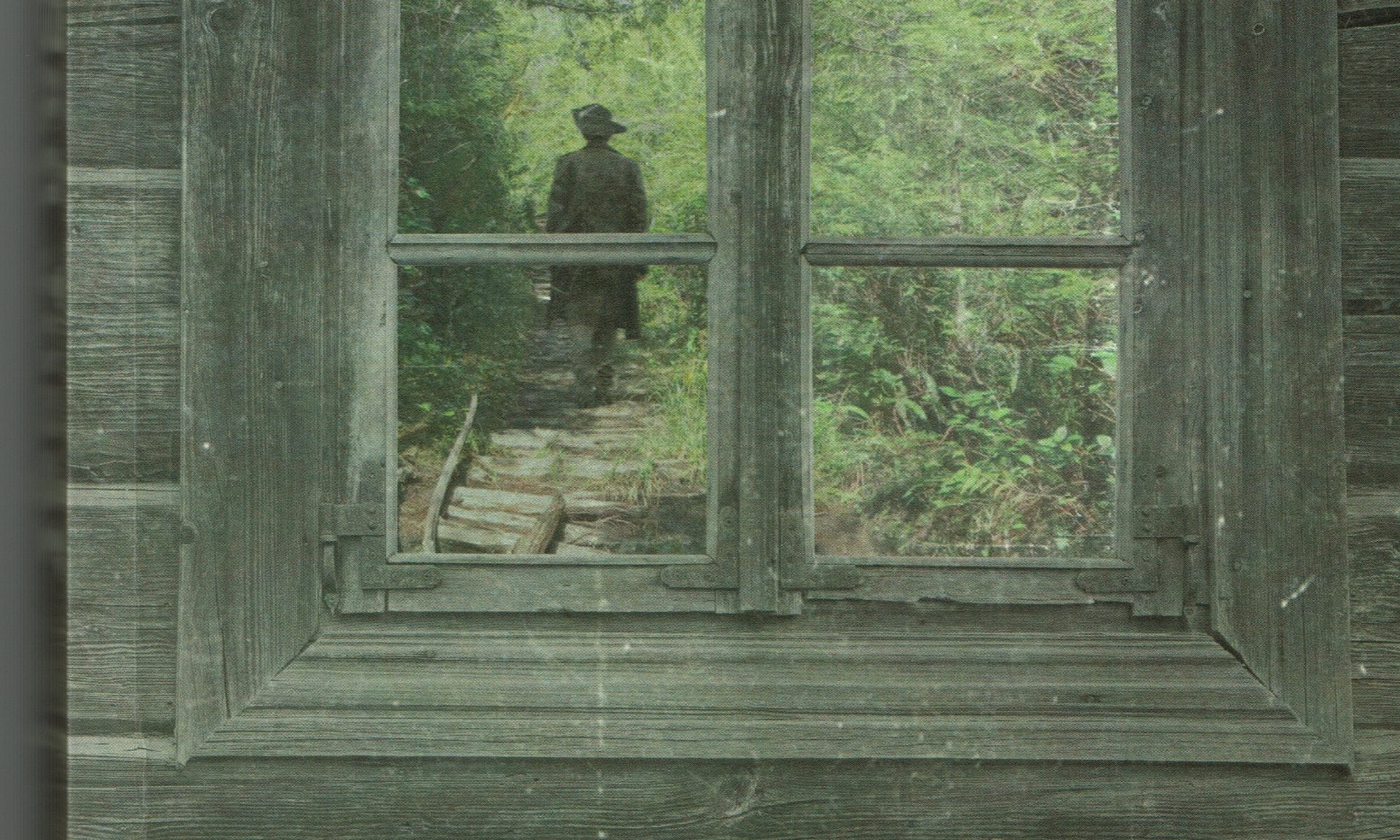 The first time I hiked into San Josef Bay I was worried about bears. Didn’t even see a track. The second time, I woke up one morning and groggily wondered why Rick was making so much noise outside the tent.

Turns out, Rick had gone to investigate the sea stacks and a bear was wandering through camp. Luckily, all our food and toiletries were safely stowed in an improvised bear-hang.

I’ve explored San Josef two other times via the printed page. The first was at a week-long writing workshop at Strathcona Park Lodge. That’s where I met another wanna be writer, Harold Macy.

One afternoon, while Harold’s wife and two young sons went for a walk, I sat on the floor of their suite next to a stack of paper. Harold pounded away on an old IBM Selectric typewriter (computers were few and far between in 1986) as I read a draft of his work-in-progress.

I remember the evocative language and the strong sense of a wild, wet landscape and the haunted, hopeful characters that inhabited it. The manuscript began with a man in an oilskin coat rowing. For thirty some years I pondered the U.S. civil war deserter’s fate once he reached the struggling Danish settlement on northern Vancouver Island in Canada.

This summer I found out when Tidewater Press asked if I’d write a blurb for the back of San Josef. Harold’s story ignited memories of my visits to the remote bay and of the writing retreat that launched my career.

But most of all, I was struck by the development of the plot and personalities. Both had matured like a bodacious red wine. Within three pages, Harold captures the soul of a man and the landscape he finds himself in.

San Josef is a deep and sometimes dark novel where hope goes astray but is never lost. The characters are as complex as a spider’s web, the language poetic and the environment a tangible force.

On Saturday, Oct. 26 Tidewater Press and Harold Macy will launch San Josef at the Courtenay and District Museum at 2 pm. in downtown Courtenay, BC.

Admission is free; stories will be filled with Harold’s trademark humour and the history that inspired this novel.