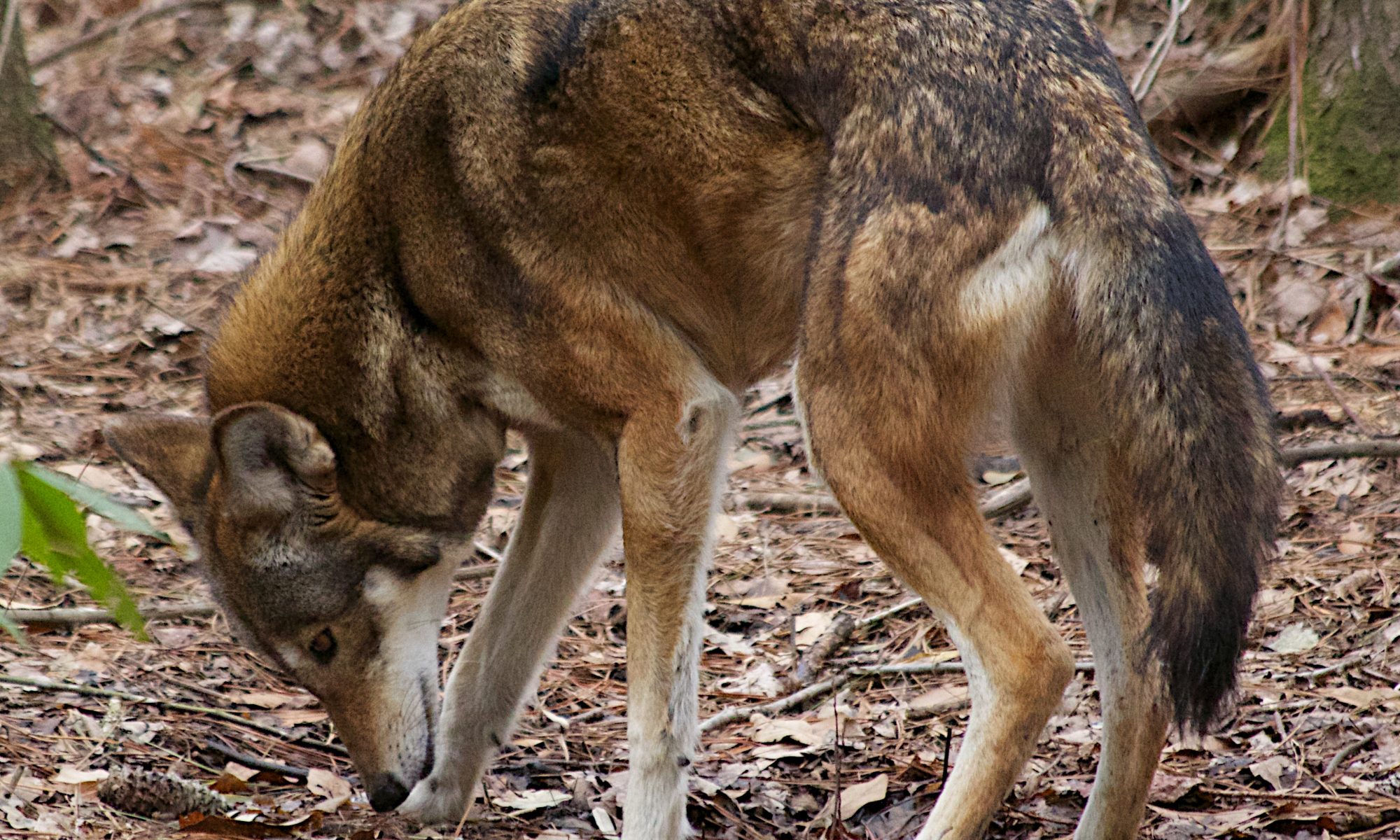 Red wolves were declared extinct in the wild by 1980. Formerly ranging throughout south central and eastern portions of the US, hunting, trapping and loss of habitat decimated their numbers.

Luckily, the US Fish and Wildlife Service captured about forty of the wolves and began a captive breeding program. Red wolf families and individuals were released and captive-born pups were successfully cross-fostered in wilderness areas of North Carolina from the late 1980s on.

According to Regina Mossotti, director of animal care and conservation at the Endangered Wolf Center in Missouri, in early 2018 there were approximately 230 red wolves in captive breeding programs but populations in the wild had dropped from over 100 to around thirty.

But a few years ago, biologist Ron Wooten noticed something odd about the coyotes he was photographing on Galveston Island in Texas. When he found two of the animals dead on the roadside, he took some samples hoping genetic testing would provide some answers.

Researchers at Princeton University were shocked to find a piece of endangered red wolf genome in the tissue they analysed. The genetic evidence indicates that at least some of the Galveston Island ‘coyotes’ appear to be red wolf/coyote hybrids.

Red wolves (and eastern wolves, which primarily inhabited southeastern Canada and the northeastern US and are now only found in southern Ontario and Quebec) will interbreed with coyotes when their populations fall below a sustainable level.

Still, researchers were surprised to find red wolf DNA on an island in Texas. And the Galveston Island canids are unique in that they possess some red wolf genes not found in the captive population.

Challenges to reintroducing red wolves to wilderness areas continue and they may once again be declared extinct in the wild.

The Endangered Species Act does not include protected status for hybrids but some scientists feel this thinking is outdated, especially since hybridisation does not seem to be as rare as previously thought.

But even if the Galveston Island canids do not receive protected status, their presence is a testament to the resiliency of wolves and opens the door to further discussions on the status of hybrids.

Top image: Red wolves are lean animals with a distinct reddish cast to their coats. They’re in between the size of a grey wolf and coyote. Photo courtesy B. Bartel, USFWS 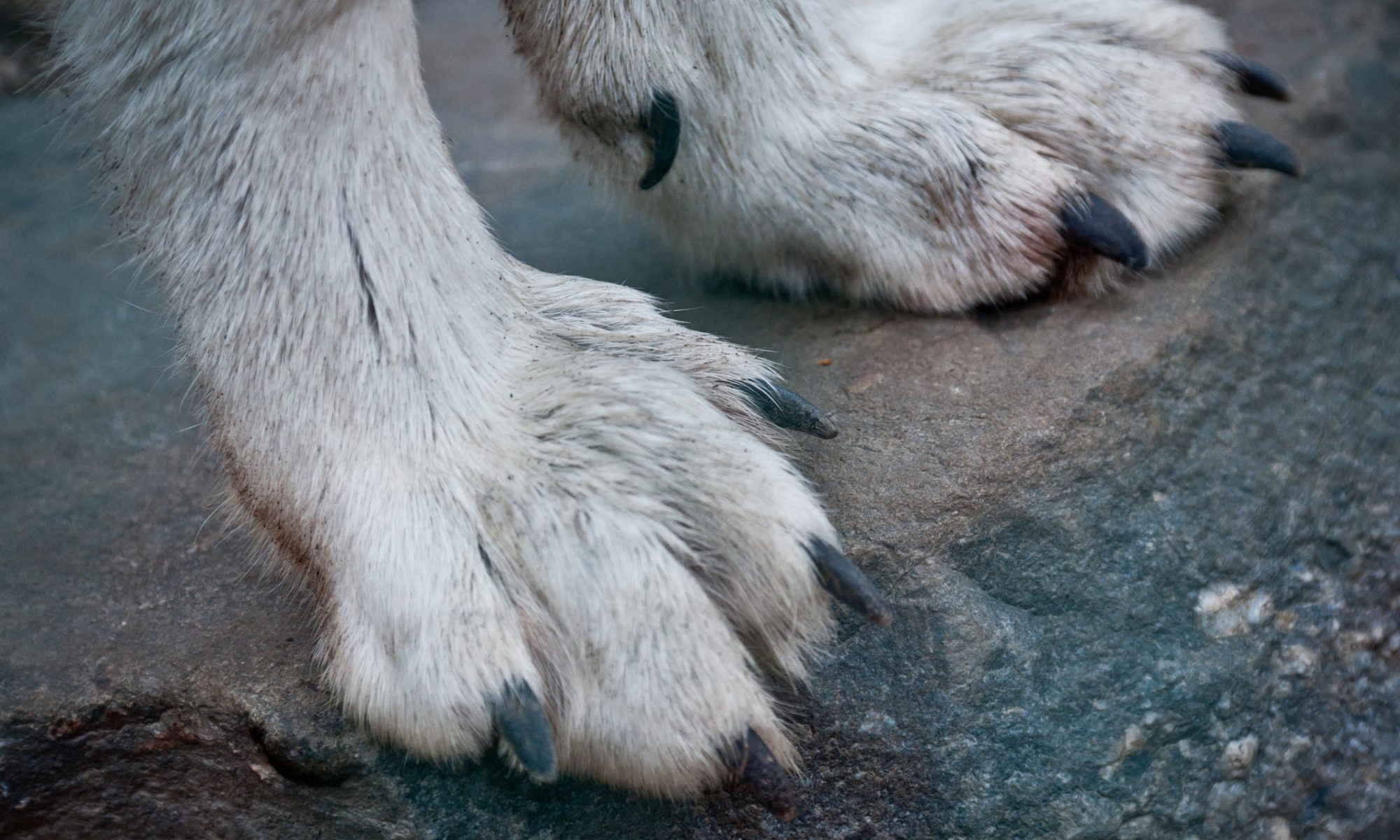 Wolf paws are the foundation for the carnivore’s every movement. They carry the predator across rugged terrain, serve as snowshoes in deep snow and provide traction on icy surfaces. And the heavy padding means a wolf can move across the landscape as silent as a cloud.

Of course, if a wolf is travelling across rocky ground or a paved road, their nails may click against the hard surface. Wolves have four toes on each paw, as well as another toe, the dew claw higher up on the front legs.

The structural dynamic of inward-turning elbows and outward-turning paws results in a highly efficient gait that puts little or no stress on the shoulders. And webbed toes mean wolves are capable of fording rivers, lakes and even up to thirteen kilometres (eight miles) of open-ocean.

Wolves possess an internal temperature regulation system that prevents their toes from freezing in northern locations. They also have scent glands between their toes, allowing other wolves to know if it was a friend or foe that passed by.

Coyotes have smaller tracks than most dogs and wolves. Young wolf pups’ paws grow incredibly quickly so, even at three months old, most wolves have larger feet than an adult coyote.