When you write for a living, you enjoy each story as you work on it. But once it’s published, it’s on to the next one. That’s the way it happens most of the time. But some stories stay with you. They become a part of you just like your shadow on a sunny day.

A couple of years ago photographer Barry Peterson and I created a photo-journalism project called On the Edge. We invited people living on the edge of mainstream society to let us  photograph and interview them. They reviewed the text and picked out a photo and Barry framed them.

All together we interviewed 15 people. Their stories touched me in a way I never imagined and forever changed my thoughts about homeless and street people. The stories contained heartache, illness and tragedy. But there was also a love story, humour and hope.

I had seen Kevin before I met him. He often sat in his wheelchair on the edge of the Superstore parking lot looking out over a field. But what struck me most was the flock of seagulls that were always with him. Sometimes they were perched on nearby buildings but often they sat on the pavement very close to Kevin.

We interviewed and photographed Kevin behind Superstore. That’s when I found out that he fed the birds on a regular basis. It was fascinating; he knew all the birds as individuals and filled me in on their different personality traits and the ins and outs of the seagull hierarchy.

Kevin was warm, funny, smart and compassionate. But what really impressed me was his ability and willingness to help others even when he was in need of assistance himself.

Somewhere near Superstore Kevin met a couple who had been homeless but were now housed. They became close friends and visited often. Like many on the edge folk, this couple deals with physical and emotional problems on an ongoing basis.

Kevin was always there to listen and offer encouragement and support. The couple was – and still are – devastated that Kevin is no longer here.

About a year after Kevin died, a woman in Calif. tracked me down. In a series of emails she told me how Kevin had travelled with her family in the US and Canada when she was young.

It was a hard time for her family as her father was beginning to exhibit signs of mental illness and became abusive towards her mother and even his good friend Kevin. She said Kevin helped her and her brother by teaching them about birds, to play the guitar and just being a stable, caring person.

She said he stayed with them even after her dad became abusive just so he could help out.

Now in her 30s, she had been looking for Kevin for years so she could tell him how much he meant to her and her brother and how much he had influenced their lives. They still study birds and she plays the guitar professionally.

Earlier this month the On the Edge show was displayed in shop windows on the main street of Courtenay. Kevin’s photo and story were at The Golfer’s Edge and the owner told me that Kevin used to be the doctor of one of his employees.

Many people were intrigued by the stories and photographs but Kevin’s made the strongest impact. His is the story that reaches out to people and makes them aware that, given the right circumstances, anything can happen to anyone.

Kevin, age 58
“There are three things that will do a person in: poverty, mental illness and physical disability,” explains Kevin. “You can live with one or two for a while but when you have all three, you’ll never get back what you’ve lost.”

For more than 30 years Kevin was a medical doctor in eastern Canada and BC. He enjoyed the challenge of remote locations and being on call 24/7. His favourite position was as a health consultant and lands claims assistant for the Inuit in Labrador. He’d work, earn a grubstake and then spend time hiking, kayaking and travelling.

Kevin also worked on many Canadian military bases including CFB Comox and, after moving to the Comox  Valley in 1991, was physician for sea cadets training at HMCS Quadra for ten summers. He often bought books to donate to daycares, sent care packages to Labrador and bought a special TV for a nearly blind girl. He even gave a homeless fellow
known as “Bob the Bum” $500 to buy a van that Bob lived in for a time.

Tormented by bouts of depression since he was 27, Kevin suffered a major relapse in 2004 that cost him his medical license. His physical health deteriorated leaving him partially blind, hard of hearing and with high blood pressure. Then his left leg was amputated due to complications from diabetes.

Last winter Kevin was isolated in his small apartment by the heavy snowfall, malnourished and depressed about the loss of his leg. A scratch on his thumb got infected. When the finger was literally hanging in two, he cut it off himself. A short while later, his second leg developed gangrene and was amputated. Chronic pain is a constant companion.

“I used to earn $10,000 a week, now that’s the annual total of my disability pension,” says Kevin. “My savings are gone; I don’t know where I’d be without the sister and aunt that help me out.”

Even so, he still manages to distribute small gifts to hospital residents during the holidays and regularly feeds the birds that hang around Superstore.

“Now the homeless and poor are my peers instead of doctors and lawyers,”
he says. “I try to laugh a lot and make the best of things.”

Years ago, my writing desk was in a corner of the living room. I worked with people coming and going, kids asking what was for dinner and the phone ringing.

Now I can’t stand the slightest intrusion into my thought process. If someone interrupts me while I’m working it seems to take forever to get back on track. And if it happens more than once within a short period of time I turn into a raving manic demanding that everyone be quiet so I can work.

Even the sound of someone rustling the pages of a newspaper or sneezing in the next room is distracting. 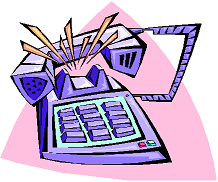 Researchers at the University of California have discovered that people over 60 have more trouble switching from one neural network to another than younger folks. That means if they’re doing something and are briefly interrupted, it takes them longer to get reabsorbed in their project.

In other words, doing, hearing or seeing more than one thing at a time becomes more difficult as you get older. I’m not 60 yet so must be going through early onset interruption fatigue.

But that doesn’t make it any easier.

Most of the time my partner’s pretty good about tip-toeing around but our heritage house wasn’t designed with any quiet areas in mind. I’ve tried noise cancelling headphones but they give me a headache.

And then there’s the phone. At times, to avoid being distracted, I simply don’t answer it. But now just the ringing is enough to scatter my thoughts like maple leaves in the wind.

So, what are my options? A sound proof office would be perfect but is not practical in this house.

An office in an outbuilding is a possibility. I always said I didn’t want a separate studio but, as the years go by and my sensitivity to interruptions increases, the thought of a totally quiet space grows more appealing. 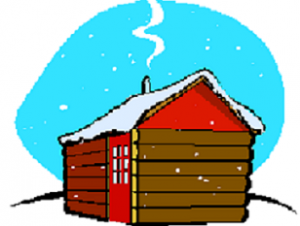 If I don’t become hard of hearing, a shed out back just might be the answer.

My partner’s new book – West Coast Wrecks & Other Maritime Tales – is on the BC Bestseller list!

And he didn’t use any social media to get it there. That’s right, no Facebook, no Twitter, no LinkedIn and no blog. Rick (James) doesn’t even have a website.

So, how did he accomplish this?

Well, it’s a great book to begin with. In twenty-one chapters he explores fascinating tales of shipwrecks, shares the stories of some unique coastal characters and details other noteworthy events in BC maritime history.

West Coast Wrecks a BC bestseller.

The cover, a commissioned painting by Peter Rindlisbacher depicting the wreck of the Geo. S Wright, is stunning. And the book is Harbour Publishing’s Raincoast Chronicles 21.

Raincoast Chronicles have been popular collector items since Howard White published the first one 39 years ago. But still, West Coast Wrecks had only been out two weeks when it made the BC Bestseller list and hadn’t received any publicity yet.

So, what’s Rick’s secret? He worked his way onto the bestseller list the old-fashioned way.

By chance he happened to be in Victoria soon after the book came out. He visited every book store he could think of, introduced himself and offered to sign copies of West Coast Wrecks.

As a result, many bookstores put ‘Signed by Author’ stickers on the front cover and moved the book to a more prominent display location. Rick repeated the process when he returned home to Courtenay.

Isn’t it thought-provoking to discover that amidst all the social media hype, a little enthusiasm and legwork, coupled with a friendly manner can have such an impact?