A couple of years ago I worked on a photo-documentary project with photographer Barry Peterson. We interviewed and photographed people who were homeless, had been homeless or were in danger of becoming homeless.

The stories were moving in a way I never expected. I learned that no matter where or how a person lived, they still had hopes and dreams, just like I do. They experienced joy, sadness, fear. They did whatever was necessary to survive.

Every October I post one of the stories and photos from that project on my blog. I do this to honour the people I met, to recognize their strength in the face of adversity and their ability to find humour in the bleakest of moments.

Below is Jessica’s story. I got an email from her last year. She’d had her operation, was doing some volunteer work and was dating. There were still challenges in her life but she was happy.

Jessica had it all: a spouse, a car, a job and a house in Europe. But every time her life seemed perfect, it fell apart. At 28, divorced and unemployed, a friend stuck a needle in her arm to make her feel better. That was the beginning of a 12-year cycle of drug addiction, rehab, building a life and then disappearing into the streets and drugs again.

As a homeless person Jessica has been beaten unconscious and urinated on in Victoria, witnessed murders in Vancouver’s Downtown Eastside and gotten food poisoning from dumpster diving. She’s been pronounced DOA three times and, while living in a Courtenay tent city, bulldozers flattened her tent and belongings. “When you’re homeless people look at you like you’re not worthy of breathing the same air,” she says. “But I’ve met lots of intelligent, articulate people on the street. Heroin and cocaine don’t discriminate.”

Two years ago Jessica realized the only way to beat her drug addiction was to deal with the fact that she was a female stuck in a man’s body. She’d grown up in Ontario and Victoria and was a jock in high school. But when she was 17 her mother discovered her hidden girl clothes. After that traumatic scene, Jessica did everything she could to hide her sexuality. But 25 years later she knew she had two choices: live her life as a woman or commit suicide. A street nurse helped her obtain hormone therapy and Jessica moved to Courtenay to make a clean start. She currently lives in a small basement room, is drug-free and eagerly awaiting her vaginoplasty. Once her transition is complete she wants to become an esthetician. 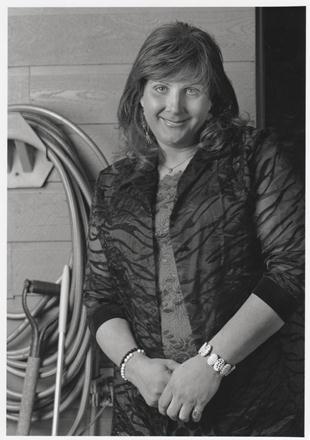 Jessica’s grateful to be off the street but life’s a struggle. After rent, there’s less than $100 for groceries and with “38D boobs and a voice like Joe Cocker,” she’s often faced with cruel and even violent behaviour when out in public. “It’s sad that people fear and ridicule transgendered people,” she says. “It’s something that happens at birth, not a matter of choice. I’m happy now; I wish people could accept that.”